If you’ve been outside the past couple of days you’ll know that people are in a panic over Hurricane Irma. This is a major hurricane, but what effects will it have on Tampa Bay?

With 185 mph winds gusting to 225 mph, Hurricane Irma is the strongest Atlantic hurricane in recorded history. Its projected path is WNW towards Puerto Rico, the Domincan Republic, Haiti and Cuba. At some point this storm is going to track north, and here lies the big area of uncertainty. Spaghetti models yesterday showed a scenario where Irma tracks in the Gulf of Mexico and swings back into the southwest of Florida. We believe it’s going to track north much sooner and will have a greater effect on the east coast of Florida, heres why:

There should be enough weakening in the high pressure over the Atlantic to see a more a more northerly track by Friday morning. Spaghetti models are beginning to come in agreement that Hurricane Irma will continue west northwest and then straight north potentially having a direct effect on the Keys, Miami, Fort Lauderdale and the east coast of Florida. 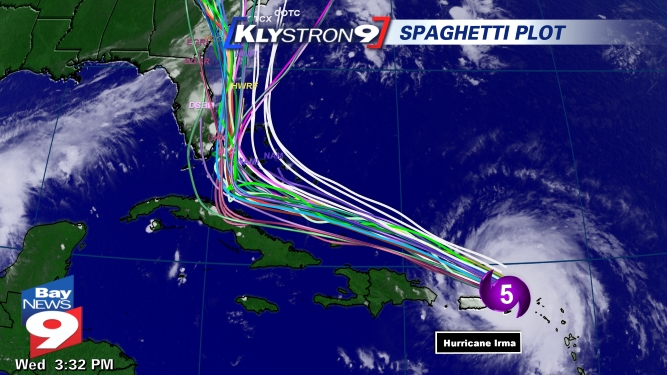 Assuming that Irma tracks north on the east coast of Florida, we’ll experience a northeast/ north northeast wind. What this will do is actually push water out of Tampa Bay and into the Gulf. We’ll still experience bands of heavy rain and gusts that can excel tropical storm force winds. We’ll begin seeing signs of Irma as early as Friday and seeing more intensity as the weekend progresses. The most intense conditions for us will be Sunday afternoon throughout Sunday night.

What This Means For Kiteboarders In Tampa Bay

We know people are going to go chase wind, so if you’re one of those people, make sure you’re honest with yourself about your skill level. Know that on Sunday, as that storm gets closer, we’ll see gusts that may exceed 60 knots. Even if the sensors are showing a consistent 30, there will be bands with squalls that can easily pull you off your edge if you’re not experienced enough to know what to do. Always plan for the worst, don’t put yourself in a situation where you can hurt yourself or someone else. In 2008, someone in Miami tried kiteboarding a tropical storm and this is what happened to them:

Kiteboarding St Petersburg will not be conducting lessons this weekend. We’re rescheduling to a safer, more calm day.

If you want to follow the latest on Hurricane Irma check out: 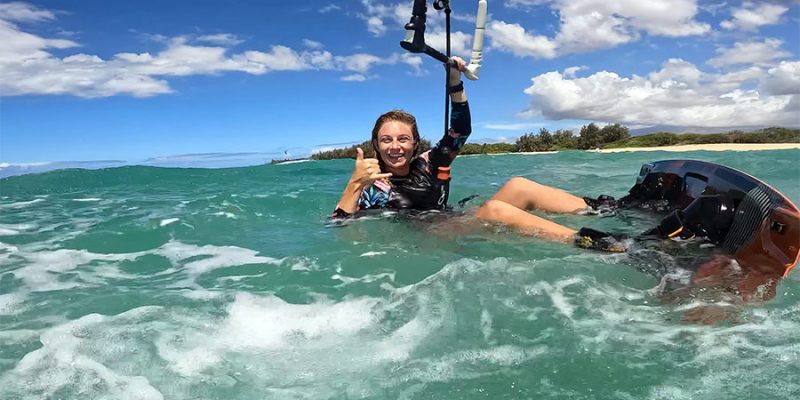