St. Petersburg wind has certain tendencies and times of year where they are most predominant. Wind can occur throughout the year, but there tends to be a season when the winds are best. Each specific direction of wind also has tendencies that sometimes defy what a forecast may say. Although, it is important to learn how to read a wind forecast. This article will talk about the St. Petersburg Florida wind, the tendencies of each wind direction, and how to read them.

Windy season is changing as a result of the climate changing. Say what you want about climate change, in our 14-year experience kiteboarding in St. Petersburg, the windy season has changed. May use to represent the start of summer with no wind and afternoon thunderstorms. The past several years we have experienced occasional afternoon thunderstorms in May and June, but good winds. We would say that in more recent years, our windy season has been extended. Windy season in St. Petersburg Florida now goes from October through June.

What About Hurricane Season

No, we did not forget about Hurricane Season in Florida. Despite what you may think, Hurricane Season is not ideal for wind. July, August, and September are too hot for wind. The land and sea temperatures have little variations, so sea breezes have a difficult time gaining significant strength. Hurricanes can bring good and consistent winds to St. Petersburg. But this depends upon the strength and location of the storm. The majority of days during Hurricane Season are windless.

A common question we hear is “when are the winds best?” The simple answer is that the best winds can be at any time. It all depends upon the direction of the wind.

Each wind direction has certain tendencies or patterns. These patterns or trends hold true despite what a forecast may say. Our 14-year experience of religiously monitoring the wind to maximize time on the water helped us better understand these tendencies. Below is more information for each wind direction.

North winds are a common wind direction right after a cold front passes. If the front passes over night, behind the front will be north winds. There’s two situations that can occur the morning after a front passes. The first situation is clear skies, which means the sun will warm up the land causing the wind to shift to the NNE around mid morning. If the front is strong the NNE wind will last throughout the day, however, the wind speed will drop. The second situation is for cloudy skies in the morning, which means the north winds will maintain that direction until the clouds clear or the land warms up enough for the wind direction to shift. Whatever the forecast calls for, the winds will be less strong than the forecast.

Places to Kiteboard: Fort Desoto North Beach (not on a NNE), Skyway East (if winds shift to NNE)

NNE winds are gusty and cold. These winds are not fun. These winds also occur directly after a cold front. They typically occur one to two days after the cold front passes depending upon how strong the front is. These winds tend to be over-forecasted. In other words, the reality is the wind is not as strong as the forecast calls for. NNE winds tend to be strongest in the morning hours and drop throughout the day. If there is a quick warming trend, the wind may shift from NNE to NE two hours after the sun rises. This would be the ideal and best situation.

Places to Kiteboard: Fort Desoto North Beach (not on a NNE), Skyway East (if winds shift to NNE)

Wind from the ENE, E, and ESE direction are best early in the morning or late afternoon. These three wind patterns follow similar trends. Sunrise sessions or sunset sessions are the best times to experience these winds. Middle morning to middle afternoon typically have the lightest winds from these wind directions. The wind from these directions tend to hold true to the forecast.

South east winds follow a similar pattern as north east winds. They are thermal driven and increase in wind speed a couple hours after the sun rises. The best times to experience south east winds tend to be mid morning to early afternoon. These winds tend to be warmer than any of the northerly winds. Winds from the SE are often times under forecasted. In other words, the winds are stronger than the forecast shows.

These wind patterns are not common for St. Petersburg, Florida. They tend to either stay south west or north west. They are typically light sea breeze winds or occur when a sea breeze tries to form. A proper sea breeze with decent wind strength will occur in a south west or north west wind direction. A very strong cold front could sometimes bring straight west winds, but that is rare. Best times for these winds are true to what the forecast calls for. 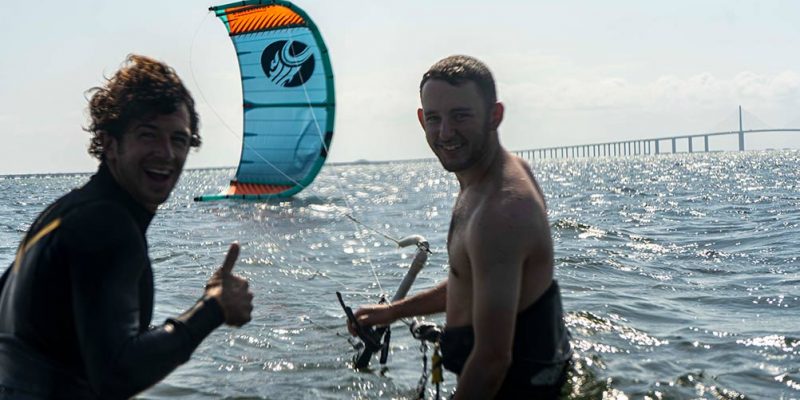